With a focus on exploration, cultural immersion and personal achievement, our Kashmir Expeditions will challenge & inspire you to get together with other like-minded travelers who share a love for exploring new places & cultures.

The Harmukh Expedition is the most sought-after mountaineering peak in Kashmir. Standing tall and reaching an altitude of 5,142m, this peak has been on the climbing itinerary since the time of the British Era. The peak is a towering mountain in the entire Kashmir and has been tried to be scaled every year by different mountaineers. This peak forms the part of the Himalayan Range and stands between the Sindh river and the Kishanganga river. The glacier of this lake drains into and forms the Sindh river and Wangath river. The Karakoram Range is towards its north side and towards its south is Kashmir valley.

Harmukh mountain has five summit routes and its Eastern Summit (5142 m) is the 4th highest mountain peak in the Kashmir valley. The peak was first scaled in 1856 by the British Trigonometric Surveyor Thomas Montgomerie. It’s mostly climbed from the northwestern route of Arin, Bandipora district. The most challenging route is its north face; many climbing attempts have failed in this route. The five thousand feet vertical wall from its north face made of ice and rocks has given it a sobriquet The Eiger of Kashmir. It was from Mount Harmukh that in 1865 K1 (locally known as Masherbrum) and K2 were discovered.

Start from the last village of Arin Kudara. A fifteen km long mild gradient trek through pine forests leads to the Base Camp (3300 m) known as Shirazsar Valley. An early start towards the Advance Base Camp (4700 m) also makes the summit camp for the Peak. 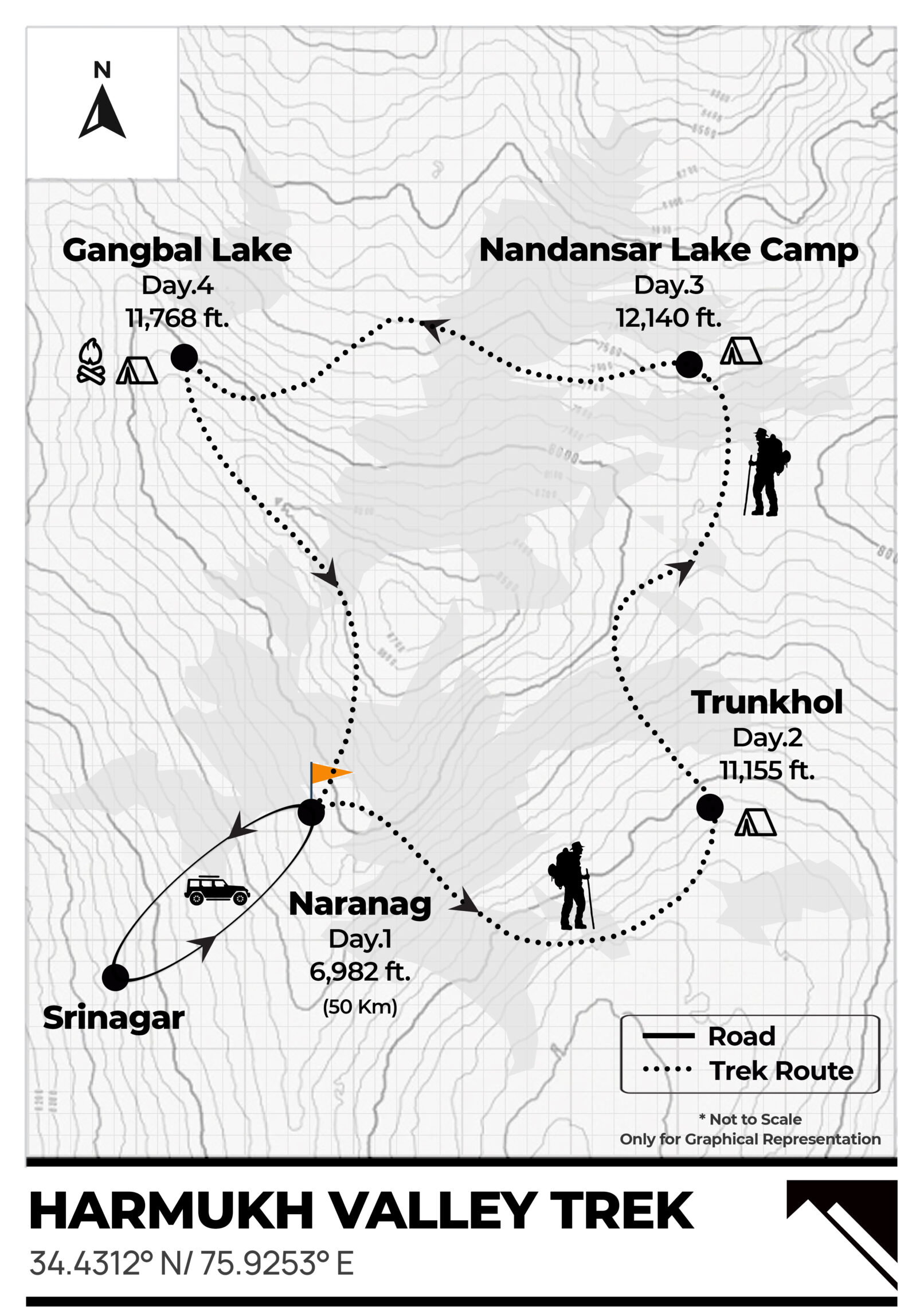